Grief is like a long valley, a winding valley where any bend may reveal a totally new landscape.

As someone who’s been an avid fan of Ricky Gervais and his comedy for many years, particularly his role as David Brent in BBC’s ‘The Office’, it came as no shock to me when the first series of ‘After Life’ was released last year that I absolutely loved it. And for so many different reasons. Having now recently watched the second and most recent series of the Netflix original show, I thought it’d be interesting to provide my take on the storyline and why I enjoyed it so much.

Just to give some context: In the first episode of Series 1, Tambury Gazette Reporter Tony (played by Gervais) loses his long-term wife Lisa to Cancer and is plunged into a world of incredible, intense grief. Coming terms with such a loss, Tony begins to suffer with regular suicidal thoughts, has huge outbursts of aggression/frustration towards family friends and colleagues, loses a sense of purpose, has an innate lack of motivation and is most probably only stopped from taking his own life by his Dog Brandy and the responsibilities that come with looking after a pet. Simply speaking, he is a man who wants to punish the world for how awful he feels by doing whatever he wants. Despite what the consequences could be!

Fast forward to Series 2 and Tony is very much still learning to cope without his wife Lisa and the ‘gaping hole’ he feels because his wife is no longer around. Though having made some improvements in his wellbeing and his treatment of others, such as the heartwarming scenes where he each takes co-workers Sandy and Kath for coffee, or setting-up his postman (aptly named Pat) with a local ‘sex worker’ friend, what After Life does remarkably well is provide a sense of rawness and honesty around grief that I’ve very seldom seen in a TV show before. No sugar-coating, no skimming over key issues, no BULLSHIT. And this is distinctly clear throughout.

There is a thin line that separates laughter and pain, comedy and tragedy, humour and hurt.

So many shows are no accustomed to avoiding the discussion of particular hard-hitting topics, or perhaps not being realistic or in-depth enough for fear of upsetting or offending people, however you certainly can’t say the same for this. Combine Tony’s brutal honesty and brashness with slapstick comedy from him and the various other characters, and you get a show which will leaves its viewers in hysterical laughter one minute and flooding with tears the next.

While I appreciate the tender nature of heavy language, as well as the heavy topic of death, may put some people off from watching, the roller-coaster of emotions incurred by laugh-out-loud comedy and gut-wrenching grief mean that there is something in it for everybody. No matter what your tastes are.

When we think of all the great TV series or movies we have seen, would it be a safe bet to say that most of the greatest successes are ones where we can relate to the characters and the situations they find themselves in? Where you can look at certain person like Tony, Matt or Sandy and think ‘I know how they feel’, that makes sense, or I’ve been through a similar experience to that. If we can relate to something or somebody, naturally we will embrace and be drawn into a narrative much more. In my opinion, After Life does this to near perfection!

With the topics of death and grief being so at the forefront of the storyline, you’d imagine it’d be hugely challenging to include such frequent and witty snippets of humour without seeming to ‘make light of’the issues discussed and that so many people undoubtedly experience everyday. Comedy may be often a safe haven for talking about difficult topics and bringing them into the spotlight, however that doesn’t mean nobody ever oversteps the line and causes more harm than good. After all the line can be very blurred!

That being said, over the course of 6 episodes, I honestly believe that the balance between comedy and exploring difficult emotions was managed well. Controversial remarks and scenes were certainly aplenty throughout the series, nonetheless they were projected using a sense of irony whereby viewers could laugh uncontrollably during a situation which would usually be serious and without laughter. Particularly Matt (Tony’s brother-in-law) and his experience with a ridiculous, incompetent therapist in an attempt to solve problems in his marriage.

Although the overall purpose of After Life is to provide an honest account of the impacts of loss, and that recovery isn’t linear, I’d say that my favourite part of season 2 was being able and comfortable to laugh at any given opportunity. It wasn’t forced!

Following the huge success of the 2nd series, Gervais also recently announced that Netflix have commissioned a 3rd series coming in 2021. I for one, can’t wait to see how the storyline will progress and what will happen next.

Could a new romance be on the cards for Tony I wonder?!

P.S. Apologies if I gave any spoilers, I tried my best to avoid many key details. 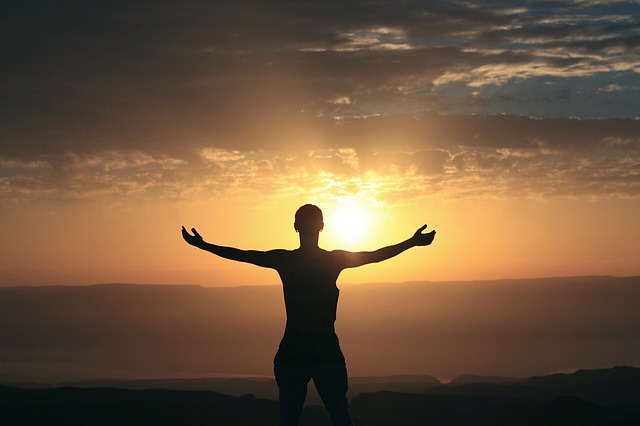 Gratitude unlocks the fullness of life. It turns what we have into enough, and more. It turns denial into acceptance, chaos to order, confusion to clarity. It can turn a meal into a feast, a house into a home, a stranger into a friend. Melody Beattie How many times a day do you reflect on… END_OF_DOCUMENT_TOKEN_TO_BE_REPLACED

Living And Dealing With Attachment Issues

Part of me is afraid to get close to people because I’m afraid that they’re going to leave. Marilyn Monroe Going through life, how many of us would say that our relationships and the way we interact with others is something we hugely value and place significant importance on? Now correct me if I’m wrong,… END_OF_DOCUMENT_TOKEN_TO_BE_REPLACED